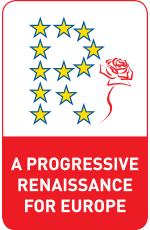 FORUM : A PROGRESSIVE RENAISSANCE FOR EUROPE

With 3 days of political debates, 12 workshops, 12 leaders of European social democracy, 21 partners and organisations involved, 67 honourable speakers, over 1000 and over 2000 tweets – the FEPS “Progressive Renaissance for Europe Forum” was the momentum through which all involved could truly live the bright spirit of European politics.

Held on 3rd – 5th April 2014, the event marked the 4th successful event of the cycle of the debates “Renaissance for Europe”. Following the mobilisation in Paris ahead of the French Presidential elections, then the rally in Turin before the Italian Parliamentary elections, and then after having celebrated the 150 years anniversary of SPD in Leipzig – we have taken a new step, to even in a more outspoken way connect what belongs together: national and the European politics.

During the Leaders’ debate hold on Friday night more than 800 people listened to the inspirational visionary speeches by Kathleen Van Brempt, top candidate of MEPs, Socialistische Partij Anders (sp.a), Marie Arena, top candidate of MEPs, Parti Socialiste (PS), Bruno Tobback, President of the Socialistische Partij Anders (sp.a), Massimo D’Alema, President of FEPS and former Prime Minister of Italy, Elio Di Rupo, Prime Minister of Belgium, and Martin Schulz, Candidate for the President of the European Commission. They took the time to challenge us to stretch horizons of our political imagination, to get a courage to pave the way towards a different Europe before the upcoming historical elections.

We constructed the concept of the “Renaissance for Europe” was in accordance to the spirit of our organisation to offer a new format and herewith enable a more engaged participation of the attendees. This is why we started our dialogue with the Progressive leaders (Hannes Swoboda, Zita Gurmai, Kaisa Penny...) introducing a new method called “Renaissance Spotlight”. It required the leaders of our movement to answer the most pressing, most challenging questions that came from the audience. Held in a television style, the debate inspired over 60 speakers to take the floor.

What is more, the workshops following on the next day offered a possibility for all – FEPS, its members and partners – to share with one another what they would see as essential to stimulate Europe to take a different course on one hand, and on the other to enable citizens to entrust both the progressive politicians and Europe again.

We organised two working-lunch debates, one of which was focused on the question of Ukraine and the new geopolitical approach that Europe should take towards Russia. In parallel, the second discussion in a format of a literature cafe featured a debate with two authors of new volumes, Bernard Guetta and Roger Liddle, regarding their personal views on the future of Europe.

Abiding by the idea that European, national, regional and local levels are multi-pier features of the democratic governance. Involving the mayors of the 6 countries, we asked why in that the social democratic agenda on the local level seem to have a power of a greater appeal than the one on the European. This led us to deliberate upon the principle of subsidiarity and the ways it can still be understood in a progressive, pro-European idea.